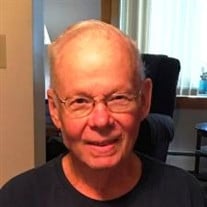 Ronald Henry Drummer, age 85, of Seymour, the beloved husband of Shirley Lineweber Drummer, entered into rest peacefully on Friday, October 8, 2021 at Griffin Hospital surrounded by his loving family. He was born in Derby on September 14, 1936, loving son of the late Henry F. and Ermgard Rotzal Drummer. Ron was a founding and active member of the Immanuel Lutheran Church of Oxford. He was a graduate of Kaynor Tech of Waterbury and retired in 1999 after 15 years of service as the Sales Manager of Devon Precision of Wolcott. After retirement, Ron and Shirley traveled to lighthouses across the US and enjoyed spending the winters at their home in North Port, Florida. Ron proudly served his country as a member of the US Army. He was a lover of all sports but an avid fan of the Seymour Wildcats football team and a member of the Seymour Russian American Club. Most important to Ron were his family and his love of nature and wildlife. His most joyful time was sharing his interests and enthusiasm with everyone. He will be sadly missed by all but will remain forever in our hearts. Ron's loving family in addition to his beloved wife Shirley includes his son Mark Drummer of Seymour, his three daughters Debbie Drummer of Seymour, Patti Savage and her husband Carl of Stewartsville, NJ and Sharon Loughlin of Oxford, his two sisters Harriett White of Naugatuck and Alyce Stowers and her husband Wes of Stony Creek, his six cherished grandchildren; Elizabeth, Kathryn, Ryan, Kevin, Nichole and Christine, his eight cherished great-grandchildren; Jayden, Mikayla, Abigail, Brianna, Zachary, Maddox and Jaxson. In addition, several nieces, nephews and cousins. A Memorial Service in Celebration of Ron's Life will be held on Thursday, October 14, 2021 at 11:00 am at the Immanuel Lutheran Church, 25 Great Hill Road, Oxford. Interment is private. All attendees will be required to wear a mask for the church service. In lieu of flowers, memorial gifts in Ron's memory may be made to The New England Lighthouse Lovers through the funeral home or directly at www.newenglandlighthouselovers.org

Ronald Henry Drummer, age 85, of Seymour, the beloved husband of Shirley Lineweber Drummer, entered into rest peacefully on Friday, October 8, 2021 at Griffin Hospital surrounded by his loving family. He was born in Derby on September 14, 1936,... View Obituary & Service Information

The family of Ronald Henry Drummer created this Life Tributes page to make it easy to share your memories.

Send flowers to the Drummer family.