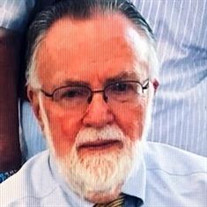 Patrick Terence “Terry” Geoghegan, beloved husband and father, passed away August 17, 2020 following a brief illness. He lived a life of gratitude for his family and devotion to his Creator. Pat’s passing was devastating and unexpected for the family and friends, which includes his wife Rhoda (née Healy), children Margaret Curran and her husband Matt, Patrick Geoghegan and his fiancée Mayi, and Bernard Geoghegan and his wife Lisa, his grandchildren Chris, Brandon, Ronan, Logan, Trinnie, Declan, Lucian, and Connor, and his brother Michael Geoghegan. Pat was born in the Bronx to loving parents, Patrick and Alice (née McHugh) Geoghegan, Irish immigrants who predeceased him. Their family devotion and diligent work ethic spurred Pat’s fidelity to both. His treasured trips to Ireland, first with his parents and later with his children, were an abiding emotional touchstone in his life. He cherished his time as a student at Cardinal Hayes High School in the Bronx, which fostered the faith in God and his commitment to others instilled by his parents. Pat was committed to education, particularly in support of his children and grandchildren. In one of his first jobs after studying at Manhattan College, he tested elements of NASA’s lunar module. He later transitioned to a career in computing and IT. A successful entrepreneur and businessman, he was well-known in his field for honesty, fairness, and reliability. Pat was a model of generosity and humility, ready support to others in times of triumph and crisis. He took particular joy in the lives of his children and grandchildren, whose successes and tribulations he experienced as his own. He and his wife met as college undergraduates and they married in 1969. He rejoiced on the recent celebration of their fiftieth wedding anniversary, sharing the event with family and friends. He was active in his church, Our Lady of the Assumption in Woodbridge. Among his many roles in support of his faith community, Pat served as a lector, a Pre-Cana counselor, a member of the Men’s Club, and an eager brewer of vast urns of coffee. He belonged to the parish’s Small Christian Community prayer group for over thirty years. The priority he assigned to his loved ones’ well-being was an overarching factor in nearly every facet of his life, one among countless reasons for his family’s deep love and gratitude. As a friend of Bill W., one of his greatest passions was helping others find a measure of the grace and serenity that providence granted to him. A socially distanced wake will be held Tuesday, August 25 from 9:00 to 10:30 at Miller-Ward Funeral Home, 260 Bank Street in Seymour. Following the wake there will be an 11:00 funeral mass at Our Lady of the Assumption Church, 81 Center Road in Woodbridge (masks mandatory, maximum attendance 100 persons). A private interment at Eastside Cemetery in Woodbridge will follow. In lieu of flowers, donations may be made to Cardinal Hayes High School, Office of Development and Alumni Relations, 650 Grand Concourse, Bronx, NY 10451.

Patrick Terence &#8220;Terry&#8221; Geoghegan, beloved husband and father, passed away August 17, 2020 following a brief illness. He lived a life of gratitude for his family and devotion to his Creator. Pat&#8217;s passing was devastating and... View Obituary & Service Information

The family of Patrick Terence Geoghegan created this Life Tributes page to make it easy to share your memories.

Send flowers to the Geoghegan family.