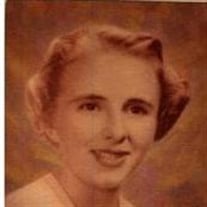 Patty Ward, fourteen year snowbird from Vermont had moved to Las Vegas fulltime in October 2016 with her husband, Ken. She departed for her Eternal reward at 12:01pm on Good Friday, April 14, 2017 after surviving 4 ½ years of stage 4 cancer without chemotherapy. Patty was a true testimony to the power of prayer and a life focused on service to others, especially the weakest among us, the unborn. Born Patricia Barbara Oko, Polish for “eye” in New Britain, Conn., child of Shirley Kolojiec and Joseph Oko, she was the oldest of 5 siblings. Her sister, Marcia, resides in Brookings, Oregon; her oldest brother, George preceded her in death 12 years ago after serving in the U.S.A.F. and worked for N.A.S.A.; her second brother, Frederick, a retired engineer resides in Seymour, Conn. and her youngest brother, Warren has retired, and now works with his wife, Barbara in healthcare in St. Petersburg, FL. A High School graduate, Patty chose to marry at 18 years old foregoing advanced education for married life. That marriage miraculously survived 59 ½ years; it was made in heaven, but so was lightning and thunder (an apt comparison!). While Ken finished his education, she worked as a bookkeeper, and ran early computer systems as an inventory specialist. When Ken was drafted, Patty went with him to New Jersey and Georgia working so they could live off base. When Ken started his fulltime employment, she retired to do what she wanted to be, a fulltime homemaker. An exquisite cook, Pat achieved certifications for Szechwan cooking in New York State as well as in floral arrangement. An excellent birder she and Ken led numerous trips around the United States and Canada in search of rare birds. Her final tally was 801 species in the American Birding Area. The search for “Lifers” led her to 50 states and 27 countries, including Australia, New Zealand, Fiji, Vanuatu, New Caledonia, Costa Rica, and most of Europe. Ardently, pro-life (Is there anything more vulnerable than an unborn child?) She worked to raise donations for the Our Lady of Guadalupe Home Foundation, designed to materially assist post birth mothers in Conn., Mass and Vermont. Fervent Roman Catholics, the Wards attended daily services at Holy Redeemer Shrine, Downtown Las Vegas and called St Joseph Husband of Mary their parish. She loved music, was an excellent dancer and met her husband at a Fairfield University Glee Club Concert. She loved God and served Him and His creation well. Rest in Peace, secured in His light, O Spirit of Light and Beauty. A memorial mass will be held in her honor on Saturday, August 12, 2017 at 10:00 am at The Church of the Good Shepherd, 135 Mountain Rd., Seymour. Interment will follow in the family plot at Mountain Meadows Cemetery, Seymour. In lieu of flowers, memorial donations in Patty's memory may be made to The American Cancer Society or Birthright International, through the funeral home. 88

Patty Ward, fourteen year snowbird from Vermont had moved to Las Vegas fulltime in October 2016 with her husband, Ken. She departed for her Eternal reward at 12:01pm on Good Friday, April 14, 2017 after surviving 4 ½ years of stage 4 cancer... View Obituary & Service Information

The family of Patricia "Patty" B. Ward created this Life Tributes page to make it easy to share your memories.

Patty Ward, fourteen year snowbird from Vermont had moved to...

Send flowers to the Ward family.