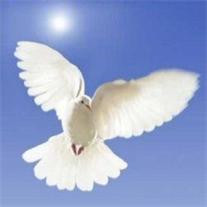 Neil Sherwood Cochran, 75, of Seymour, the beloved husband of the late Janice Keller Cochran, entered into eternal rest, peacefully, on Saturday, September 17, 2011at Griffin Hospital, Derby, following a short illness, surrounded by his loving family. He was born in Seymour on September 20, 1935, son of the late Ernest M. and Jean Carney Cochran. Neil was a communicant of the Church of the Good Shepherd, Seymour. Until his retirement, he had been employed for over thirty-eight years by the former Southern New England Telephone Company as a Manager of Installation and Repair. His loving family includes two sons, Scott Cochran and his wife, Debbie, of Seymour and Mark Cochran of New Haven; a daughter, Beth Ziegler and her husband, Brian, of New Jersey and six grandchildren, Danielle Magro and her husband, Vance, Erin, Tyler, Keith, Kevin and Rachel. The Service and Interment in St. Augustine Cemetery, Seymour, were private. In lieu of flowers, memorial gifts in Neil's memory may be made to the Seymour Ambulance Association, 4 Wakeley Street, Seymour, CT 06483-2820.

The family of Neil Cochran created this Life Tributes page to make it easy to share your memories.

Neil Sherwood Cochran, 75, of Seymour, the beloved husband of...

Send flowers to the Cochran family.