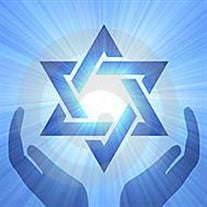 Born October 19, 1942, Myrna Joyce (Iserson) Tucker was raised in Brooklyn, New York as the only daughter of Dr. Howard Iserson and Francis (Vortrefflich) Iserson. After graduating from high school, she attended the University of Bridgeport where she met the love of her life, Alan Tucker. They each earned Bachelors and Masters Degrees in education before marrying in July, 1967 and starting a family in Norwalk, CT. Myrna loved to teach, read, and be around her family. She and Alan raised three sons – Ian, Hugh and Jason. After her beloved husband of 33 years passed away in September of 2000, Myrna relocated to Oxford, CT where she remained until her passing on Monday morning, February 19th. She leaves behind her three sons: Ian, with his wife Miranda and six children Haley, Aidan, Alana, Max, Levi and Neil; Hugh, with his wife Katelyn and their two children Alex and Charlie; and Jason, with his wife Amy and their daughter Alyssa. Funeral arrangements will be conducted by the Miller-Ward Funeral Home at 260 Bank Street in Seymour, CT 06483. There will be a visitation hour starting at 1:00pm on Friday, February 23rd, followed by a small service at 2:00pm, all held at the funeral home. In lieu of flowers, the family asks that donations be made to HIAS, an organization near to Myrna’s heart, and sent to the funeral home for collection. The mission of HIAS is to rescue and protect people whose lives are in danger for being who they are; vulnerable refugees, needing to build new lives, reuniting with families in safety and freedom. They advocate for the protection of refugees and assure that displaced people are treated with the dignity they deserve. Please keep Myrna in your thoughts and prayers as she reunites with all those who have gone before her. She and Alan will continue to shine their love down upon us all. ­

Born October 19, 1942, Myrna Joyce (Iserson) Tucker was raised in Brooklyn, New York as the only daughter of Dr. Howard Iserson and Francis (Vortrefflich) Iserson. After graduating from high school, she attended the University of Bridgeport... View Obituary & Service Information

The family of Myrna J. Tucker created this Life Tributes page to make it easy to share your memories.

Send flowers to the Tucker family.