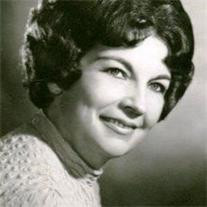 Margaret M. (Peggy) Hugya, age 89, of Beacon Falls, formerly of Stratford, loving Mother and Grandmother, entered peacefully into eternal rest on Tuesday, December 24, 2013 at Griffin Hospital with her loving family by her side. Peggy was born on June 20, 1924 in Bridgeport to the late Gertrude Reilly Malone and Daniel Malone. She was the wife of the late William Hugya and sister of the late Daniel Malone. Peggy was a communicant of St. Michael Church of Beacon Falls and was also a former communicant of St. Mark Church of Stratford. She devoted her life to helping and educating others, especially those in need. Peggy obtained certifications in Religious Education, the Diagnosing and Treating of Child Abuse and Drug and Alcohol Abuse. She also served two years as the President for the Connecticut Parent Teacher Association. Peggy will be sadly missed by her family and many friends. Peggy is survived by her loving children William Hugya of Beacon Falls, Sharron Cuddy of Beacon Falls, David Hugya and his wife Janice of Ansonia and Marion Herb of Beacon Falls, her four cherished grandchildren Kara Hugya of Naugatuck, Justin Hugya of Ansonia, Erin Herb of Beacon Falls and Albert Herb, IV of Beacon Falls, her caring niece Kathleen Greenleaf of Waterbury, VT, her cherished grandniece Olivia Greenleaf of Waterbury, VT, her two cherished grandnephews Jackson and Daniel Greenleaf of Waterbury, VT and several cousins and friends. A Mass of Christian Burial will be Celebrated DIRECTLY at St. Michael Church, 25 Maple Street, Beacon Falls on Friday, December 27, 2013 at 10:00 am. Internment in St. Michael Cemetery, Stratford will be at the convenience of the family. There will be no calling hours. In lieu of flowers, memorial gifts may be made in Peggy's memory to Connecticut Hospice, 2 Trap Falls Road, Suite 408, Shelton, CT 06484 or to St. Michael Church Renovation Fund, 25 Maple Street, Beacon Falls, CT 06403. Peggy would also ask to please make an act of kindness to your fellow man. The Miller-Ward Funeral Home of Seymour is caring for the family. To light a virtual candle or to leave online condolences, please visit www.millerwardfuneralhome.com

Margaret M. (Peggy) Hugya, age 89, of Beacon Falls, formerly of Stratford, loving Mother and Grandmother, entered peacefully into eternal rest on Tuesday, December 24, 2013 at Griffin Hospital with her loving family by her side. Peggy was born... View Obituary & Service Information

The family of Margaret Hugya created this Life Tributes page to make it easy to share your memories.

Send flowers to the Hugya family.