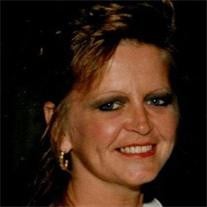 Kathleen M. Palmieri of Seymour passed peacefully at home surrounded by her family after a long illness on August 30, 2012. She was born January 19, 1957 in Derby to the late James and Mary Hennessey of Seymour. Kathleen was a graduate of Seymour High School in 1974. She was married August 1979 to Thomas Palmieri. Kathy was the loving mother of two children, Aimee and Brian and later shared that love with her two grandchildren. Kathy was blessed with a sense of humor and a great wit. She was creative and intellectually curious. She never complained of the difficulty of her struggle instead she focused on protecting her loved ones. Kathy was an advocate for the fair treatment of animals and had a passion for American History. Her generosity was appreciated by the Disabled American Veterans, the ASPCA and the Veterans of Foreign Wars. Kathy worked at Gateway Community College and was passionate about making a difference in the lives of the students. She was also a communicant of the Good Shepherd Church in Seymour, CT. Kathleen had a gentle and loving soul and made a difference in every life she touched resulting in many friendships. Her life and battle will remain an inspiration to all she has ever known. Kathleen is survived by her husband Thomas and her two children, Aimee (Alex) Nieves and Brian Palmieri (both from Seymour), her two beloved grandchildren Alex Jr. and Alyssa Marie Nieves, her beloved nieces and nephews and two brothers and two sisters, Ellen (Bill) Conlon of New Britain, Sharon (Paul) Krasiejko of Georgia, Jim Hennessey of West Haven, and John Hennessey of New Milford. A Funeral Service will be held on Tuesday Morning, September 4, 2012 at 9:00 AM in the Miller-Ward Funeral Home 260 Bank Street, 'Rte 67' Seymour (opposite Klarides Village), with a Mass of Christian Burial to follow at 10:00 AM at The Church of the Good Shepherd, 135 Mountain Road, Seymour. Interment in the family plot at Mountain Meadows Cemetery. Friends and relatives may call on Sunday, September 2, 2012 from 1:00 PM to 5:00 PM at the Miller-Ward Funeral Home, 260 Bank Street, 'Rte 67' Seymour (opposite Klarides Village). In lieu of flowers, memorial gifts may be made in Kathy's memory to the V.F.W. National Headquarters, 406 West 34th St., Kansas City, MO 64111 .

Kathleen M. Palmieri of Seymour passed peacefully at home surrounded by her family after a long illness on August 30, 2012. She was born January 19, 1957 in Derby to the late James and Mary Hennessey of Seymour. Kathleen was a graduate of Seymour... View Obituary & Service Information

The family of Kathleen Palmieri created this Life Tributes page to make it easy to share your memories.

Send flowers to the Palmieri family.