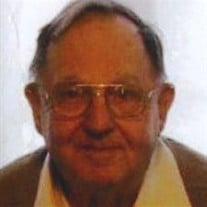 America has lost another Navy veteran from the greatest generation there was. Joseph J. Klezovich, age 91, went peacefully to greet The Lord on Wednesday, January 28, 2015. He was born in Derby on October 21, 1923, beloved son of the late John and Bertha Woycik Klezovich. Joe was a union carpenter and a long time member of the United Brotherhood of Carpentry and Joiners of America Local 24. He was a devout communicant of St. Augustine Church of Seymour. Joe proudly served his country as a member of the United States Navy during World War II and was a member of the David S. Miles Post 174 American Legion of Oxford. He loved being on the American Legion drill team and enjoyed making wooden toys for his cherished grandchildren and great grandchildren. Joe was an avid UCONN girl’s basketball fan, wood craftsman and loved being with his family and friends. He especially enjoyed his time with his grandchildren and great grandchildren. Joe surpassed his goal of living to age 90. He leaves behind his wife of almost 65 years Florence Seri Klezovich and his children Thomas and Patricia Klezovich of Seymour, Joe Klezovich of Seymour, Cheryl and Richard Gardella-Slinko of Stratford, Cathy and Chuck Guerra of Seymour and Rose and Mickey Ruchin of Seymour. His grandchildren Shawn and Mary Evans Klezovich of California, Neil Klezovich of Seymour, Darcy Bunting of Southbury, Michael Gardella of New York, Cathryn and David Gardella-Lenart of Derby, Amanda and Christopher Gardella-Zak of Milford, David Slinko of New York, Michael Slinko of Pennsylvania, Emily Slinko of Maryland, Nicole Guerra of Boston, Jillian and Sam Ruchin of Seymour and Erynn and Cassie Zak of Milford. His great grandchildren Mason and Stone Lee, Tyler and Kayla Klezovich and Victoria Depoto. He was predeceased by his daughter- in law Elizabeth Klezovich. A Funeral Service in Celebration of Joe's life will be held on Wednesday, February 4, 2015 at 9:00 am in the chapel of the Miller-Ward Funeral Home, 260 Bank Street (RT. 67, across from Klarides Village), Seymour with a Mass of Christian Burial to follow at 10:00 am at St. Augustine Church, 35 Washington Ave., Seymour. Interment, with fully military honors, will be in the family plot at Mountain Meadows Cemetery, Seymour. Friends and family may call at the funeral home on Tuesday evening from 4:00 pm until 7:00 pm.

America has lost another Navy veteran from the greatest generation there was. Joseph J. Klezovich, age 91, went peacefully to greet The Lord on Wednesday, January 28, 2015. He was born in Derby on October 21, 1923, beloved son of the late... View Obituary & Service Information

The family of Joseph J. Klezovich created this Life Tributes page to make it easy to share your memories.

America has lost another Navy veteran from the greatest generation...

Send flowers to the Klezovich family.