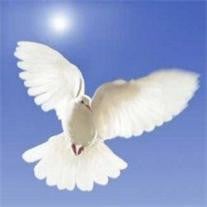 John Edward Workman, 85, of Woodbridge, beloved husband of Joan Lambert Workman, entered into eternal rest on December 5, 2010 at the Mid-State Medical Center, Meriden, surrounded by his loving family. He was born in Weymouth, MA on July 17, 1925, son of the late Harold P. and Katherine Koughan Workman. John was a communicant of Our Lady of the Assumption Church, Woodbridge, where he was also a member of the church choir as well as an usher. He retired in 2000 as an Executive with Bayer Pharmaceutical Company in West Haven. He was a US Navy Veteran of WWII. He was a past Commander of VFW Bedworth Post #2871 of Woodbridge. He was a graduate of Boston College, Class of 1951 and continued his studies toward a Masters degree at the University of Bridgeport. John was a member of the Purchasing Association of CT, a board member of the Community Soup Kitchen for the Homeless in New Haven and was a Canadian exercise enthusiast. He will be sadly missed by his family and friends. In addition to his beloved wife, Joan, his loving family includes his devoted daughter, Karen Workman of Woodbridge; his loving sister Merle Workman of Weymouth, MA; and several nieces. He was predeceased by four brothers. A Funeral Service in celebration of John’s life will be held privately with the Rev. Edward S. Jaksina, Pastor of the Church of the Good Shepherd, officiating. Expressions of sympathy in John’s name may be made to The American Cancer Society 1075 Chase Pkwy # 1075, Waterbury, CT 06708-2948 or the Bridgeport Rescue Mission, 1088 Fairfield Avenue, Bridgeport, CT 06605.

John Edward Workman, 85, of Woodbridge, beloved husband of Joan Lambert Workman, entered into eternal rest on December 5, 2010 at the Mid-State Medical Center, Meriden, surrounded by his loving family. He was born in Weymouth, MA on July 17,... View Obituary & Service Information

The family of John Workman created this Life Tributes page to make it easy to share your memories.

Send flowers to the Workman family.