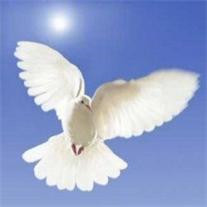 John Edward Matis, age 81, of Oxford, the beloved husband of 57 years of Barbara Ference Matis, entered into eternal rest on Saturday, May 14, 2011 at his home, surrounded by his loving family. He was born in Southport on December 19, 1929, son of the late George and Mary Weber Matis. John proudly served his country as a member of the United States Army during the Korean War. He was a communicant of the Church of the Good Shepherd of Seymour and was a proud member of the Carpenter’s Union Local 210 of Fairfield where he worked for over 35 years. John was an avid gardener, enjoyed playing golf and especially loved spending time with his grandchildren and great grandchildren. He was a devoted husband, father, grandfather and great grandfather. John will be sadly missed by his family and many friends. His loving family in addition to his beloved wife Barbara includes his devoted sons Jack Matis and his wife Connie of Fairfield, Gary Matis and his wife Darray of Wilbraham, MA and David Matis of Oxford, his loving daughters Diane Curran and her husband Chris of Shelton and Wendy Siconoifi and her husband Tony of Fairfield, his caring brothers Tom Matis of Fairfield and Joe Matis of Westport, his caring sisters Ann Bensey of Fairfield and Helen Matis of Fairfield, his cherished grandchildren JP, his wife Kate and Kelly Matis, Kyle and Ryan Matis, Christopher, Sean, Lindsey and Eric Curran and Joseph, Jon and Casey Siconoifi, his cherished great grandchildren Carrig and Lily Curran and several nieces and nephews. John was predeceased by his brothers George Matis and Walter Matis and his sister Florence Kaczegowicz. A Mass of Christian Burial in Celebration of John’s life will be held on Tuesday, May 17, 2011 at 10:00 am DIRECTLY at the Church of the Good Shepherd, 135 Mountain Road, Seymour. Interment will be private and at the convenience of the family. There will be no visitation. Memorial gifts in John’s memory may be made to The Church of the Good Shepherd Improvement Fund, 135 Mountain Road, Seymour, CT 06483.

John Edward Matis, age 81, of Oxford, the beloved husband of 57 years of Barbara Ference Matis, entered into eternal rest on Saturday, May 14, 2011 at his home, surrounded by his loving family. He was born in Southport on December 19, 1929,... View Obituary & Service Information

The family of John Matis created this Life Tributes page to make it easy to share your memories.

John Edward Matis, age 81, of Oxford, the beloved husband of...

Send flowers to the Matis family.