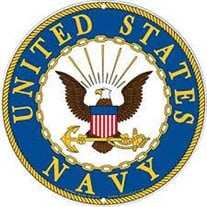 James Henry Beardsley 94, of Seymour, CT entered into rest peacefully on Wednesday, December 5, 2018. He was born in Watkins Glen, NY to Lewis and Leonta Dunham Beardsley on June 20, 1924. Jim was the epitome of the ‘Greatest Generation’, his love for his Family, his Country & his God defined him. Right out of high school, he joined the Navy and served his country as an Electronic Technician, First Class and a plank owner on the USS Piedmont during World War II. He ended up witnessing the War’s End in Tokyo Bay. After earning an Electrical Engineering degree from George Washington University, he worked at the Bureau of Standards in Washington D.C. then IBM, and finally the Perkin Elmer Corporation where over the next 28 years he was involved in the development of precision optical technology including the visor coating for the Apollo astronauts and various lasers for scientific, medical and military devices. He looked at everything around him with the heart & the mind of a true engineer, always fascinated with the way things worked. Jim was a man of many talents from his wood working/wood turning skills to his ability to identify any birdcalls, which he learned at a young age from his mother trekking through the woods surrounding Watkins Glen, NY. Perhaps his greatest gift though was his ability to make people feel special. He was generous with his love and his great ‘bear hugs’ of which his family adored. His love and joy of his family shone through all that he did and was deeply felt. His strength of character, strong moral compass and his compassion for others made him a wonderful role model to generations of his offspring. His ties to the communities he lived in were strong ones. He was President of the Lion’s Club and received the Melvin Jones Award. He was a member of the Congregational Church, often serving in a leadership role where he successfully spearheaded several improvement projects for the churches he belonged to over the course of his life as well as singing bass in the choir. He was an avid golfer who played at every opportunity. He will be dearly missed by his wife, Jacqueline; his five sons, James and his wife Teresa, Thomas and his wife Kay, David and his wife Patti, Richard Williams and his wife, SuZanne and Robert Williams and his wife Melissa. His cherished grandchildren; Rob, Rachel N, Matt, Noah, Jessie, Calvin, Rachel D, Ryan, Carter & Spencer and his ten great-grandchildren. Jim was predeceased by his first wife, Nancy Hubbard Beardsley, his brother, Lewis Beardsley and his sister, Marjorie Overhiser. A Memorial Service in Celebration of Jim’s life will be held on Monday, December 17, 2018 at 11:30 am at the Newtown United Methodist Church, 92 Church Hill Rd, Sandy Hook, CT. Interment, with Military Honors Accorded will follow the service at the State Veterans Cemetery, Middletown, CT. Friends and relatives may call on Sunday, December 16, 2018 from 2:00 – 5:00 pm at the Miller-Ward Funeral Home, 260 Bank Street (RT 67, across from Klarides Village) Seymour, CT 06483. In lieu of flowers, Memorial Contribution in Jim’s memory may be made to the American Cancer Society, through the funeral home. To light a virtual candle and leave online condolences please visit www.millerwardfuneralhome.com

James Henry Beardsley 94, of Seymour, CT entered into rest peacefully on Wednesday, December 5, 2018. He was born in Watkins Glen, NY to Lewis and Leonta Dunham Beardsley on June 20, 1924. Jim was the epitome of the &#8216;Greatest Generation&#8217;,... View Obituary & Service Information

The family of James Henry Beardsley created this Life Tributes page to make it easy to share your memories.

Send flowers to the Beardsley family.