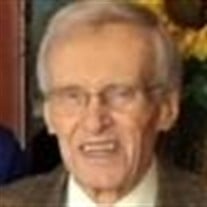 Edward Francis Micklos passed away peacefully in his Beacon Falls home surrounded by his children on Saturday, April 14, 2018. Ed was born in Bridgeport, as the first son of Frank and Helen (Grich) Micklos of Bridgeport. He graduated from Fairfield Prepatory School and the University of Bridgeport. He served in the United States Army at the rank of Corporal during the 1950’s, receiving multiple medals during his tour of duty and was honorably discharged. Ed enjoyed a sales career that featured representing Prentice Hall in law and insurance books, GAF flooring products, and an entrepreneurial career in the granite/marble industry. Ed was a first-degree knight of the Knights of Columbus organization. He recently created the American Patriots Institute, an organization dedicated to supporting the children of veterans. Ed is survived by his sister Dorothy Perri of Cape Coral, Florida, his four children, including Jonathan and spouse Simone of Keene, NH, Susan and spouse John of Franklin, MA, Jeffrey and spouse Monica of Washington, DC, and Gregg of Washington, DC, and seven grandchildren; Cara, Jessica, Shawn, Samantha, Zachary, Katherine and Emily. He was predeceased by his brother Frank Micklos. Ed spent over 40 years in Trumbull, where he raised a family with his wife of 49 years, Patricia Ann Hawman Micklos, who passed away in 2010. He participated in the local church as a lector, local government on various boards, and coached youth sports. In 2007, he continued to pursue his business activities after relocating to community living at Pond Spring Village in Beacon Falls. In his leisure time during his life, he enjoyed sailing as a member of the Fayerweather Yacht Club in Bridgeport, jogging, golf, and strengthening his opinions while watching his favorite political television shows. A Mass of Christian Burial will be held on Saturday April 21, 2018 at 11:00 am at St. Michael Church, 25 Maple Avenue, Beacon Falls. All other services will be private and at the convenience of the family. The Miller-Ward Funeral Home of Seymour is caring for the family. To light a virtual candle and leave online condolences please visit

Edward Francis Micklos passed away peacefully in his Beacon Falls home surrounded by his children on Saturday, April 14, 2018. Ed was born in Bridgeport, as the first son of Frank and Helen (Grich) Micklos of Bridgeport. He graduated from Fairfield... View Obituary & Service Information

The family of Edward F. Micklos created this Life Tributes page to make it easy to share your memories.

Edward Francis Micklos passed away peacefully in his Beacon Falls...

Send flowers to the Micklos family.