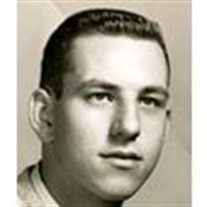 David Frederick Carlson, Sr., age 76, of Seymour, entered into rest peacefully on Thursday, January 26, 2017 at the West Haven Veterans Medical Center. He was born in Seymour on June 17, 1940, son of the late John and Helene Schneider Carlson. Dave was a devout communicant of the Seymour United Methodist Church. He was the owner of Cobblestone Printery of Seymour, which he operated until 1995. Dave was formerly employed as a Truck Driver for Axton Cross, the Town of Orange Department of Public Works and John J. Brennan Construction Company of Shelton. He proudly served his nation as a Private First Class with the United States Army during the Vietnam War and was also stationed at the Nike Site in Cromwell. Dave was a long time member of the Emil Senger Post 10 American Legion of Seymour. He was very active in the community as a member of the Citizen’s Engine Company and was former Chief of their Fire Police. Dave was a member of the King Hiram Lodge No. 12, AF&AM of Shelton, the Baldwin Chapter No. 13, R.A.M., the Jerusalem Council No. 16, R. & S. M., and Hamilton Commander No. 5 Knights Templar of Stratford. Dave was also a member of the State of Connecticut and Town of Seymour Civil Defense and was a member and former Treasurer of the Blind Veterans Association. He will be sadly missed by all and will remain forever in our hearts. His loving family includes his daughter Deana Schultz and her husband Timothy of Spring Hill, Florida, his grandson Timothy Karcsinski and his granddaughter Tabitha Reichardt, both of Spring Hill, Florida, his former wife Adriana Carlson of Florida, several cousins and his best friend David Holt of Naugatuck. He was predeceased by his son David F. Carlson, Jr. A Funeral Service in Celebration of Dave’s Life will be held on Wednesday, February 1, 2017 at 11:00 am in the Chapel of the Miller-Ward Funeral Home, 260 Bank Street (RT. 67, opposite Klarides Village) Seymour with the Rev. Lisa Bosworth, Pastor of the Seymour United Methodist Church officiating. Interment will follow in the family plot at Grove Cemetery, Naugatuck with Full Military Honors Accorded. Friends and relatives may call at the funeral home on Tuesday from 4:00 pm until 6:00 pm. King Hiram Lodge No. 12 AF&AM of Shelton will have a Masonic Service at 5:30 pm. Memorial gifts in memory of Dave may be made to the Blind Veterans Association through the funeral home.

The family of David F. Carlson Sr. created this Life Tributes page to make it easy to share your memories.

Send flowers to the Carlson family.