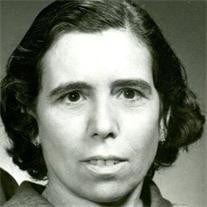 Angela Siciliano Cufone, age 91, of Seymour, the beloved wife of the late Gus Cufone entered into eternal rest on Saturday, June 1, 2013 at Griffin Hospital in Derby. She was born in Rose, Italy on January 28, 1922, beloved daughter of the late Lorenzo and Carmela Covello Siciliano. Angela was a devout communicant of the Church of the Good Shepherd of Seymour and was a member of Our Lady Society of the church. She moved to Seymour from Canada in 1970. Angela was an avid homemaker and loved to cook and garden. She will be sadly missed by her family and friends. Angela's loving family includes her devoted sons Mario Cufone (Linda) of Canada and Gene Cufone of New Haven, her caring daughter Carmela Fortin (Robert) of Seymour, her beloved brother Paul Siciliano (Angela) of Seymour, her loving sisters Assunta Devita of Stamford, Ida Devita (Carmine) of Cos Cob and Rose Devita (Joe) of Cos Cob, her cherished grandchildren Scott Cufone and Mark Cufone of Brampton, Ontario, Canada, Tracey Tangredi (Paul) of Niskayuna, NY, Natalie Johnson (Eric) of Orange, A.J. Cufone of Boston and Chrissy Cufone of Providence, her cherished great-grandchildren Lynn, Anthony and Bruce Tangredi, Kayla, Sam and Soren Johnson and Scarlett Cufone and many loving nieces and nephews. She was predeceased by her sister Gemma Cufone. The family wishes to thank all the staff and doctors of Connecticut Hospice at Griffin Hospital for the care and compassion shown to Angela while she was in their care. A Funeral Service in Celebration of Angela's life will be held on Thursday, June 6, 2013 at 9:00 a.m. at the Miller-Ward Funeral Home, 260 Bank St. Seymour with a Mass of Christian Burial to follow at 10:00 a.m. at the Church of the Good Shepherd, 135 Mountain Road, Seymour. Entombment will be in the Garden Mausoleum at Mt. St. Peter Cemetery, Derby. Friends and relatives may call at the funeral home on Wednesday, June 5, 2013 from 5:00 - 8:00 p.m. Memorial gifts in Angela's memory may be made to The Church of the Good Shepherd Improvement Fund, 135 Mountain Road, Seymour, CT 06483.

Angela Siciliano Cufone, age 91, of Seymour, the beloved wife of the late Gus Cufone entered into eternal rest on Saturday, June 1, 2013 at Griffin Hospital in Derby. She was born in Rose, Italy on January 28, 1922, beloved daughter of the late... View Obituary & Service Information

The family of Angela Cufone created this Life Tributes page to make it easy to share your memories.

Send flowers to the Cufone family.